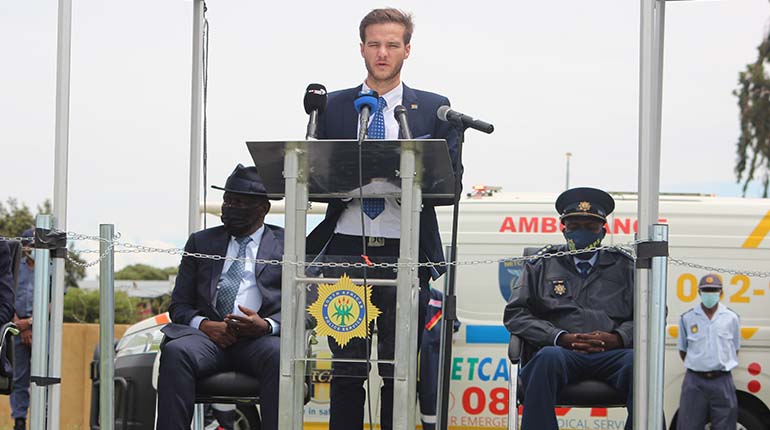 The Executive Mayor of Mogale City Local Municipality, Tyrone Gray has called for calm from members of the Kagiso community who have embarked on a total shutdown of the township. This protest was triggered by the recent gang rape of 8 women at an abandoned mine dump in West Village, Krugersdorp by alleged illegal miners.

The community marched from early this morning to Soul City, formerly known as Tudor Shaft with the purpose of “flushing out” Zama Zamas (illegal miners) operating in the area, who have also been fingered to terrorise not only Kagiso but other residential areas adjacent to mine dumps across the West Rand areas.

The Executive Mayor has also called on the leaders of the shutdown to a meeting with the purpose of finding a better solution for tackling the issue. One casualty has been reported and to avoid further loss of life and damage to community infrastructure, the Executive is calling for a dialogue to ensure better joint interventions by various affected parties.