The City of human Origin

Mogale City Local Municipality is one of three local municipalities in the West Rand District Municipality and occupies 5% (1 342 km²) of provincial land. The municipality lies directly West and South of the City of Johannesburg and City of Tshwane Metropolitan areas. To the North, West and South it borders onto Madibeng, Rustenburg and Randfontein Local Municipalities respectively. The city is a heritage and an eco-tourism destination that incorporates a variety of tourist attractions ranging from beautiful scenery, natural vegetation, heritage and culture hence our tagline “Experience World Heritage, where Leisure and Adventure Awaits”.  It also offers a sunny climate almost year-round, and while it has all modern comforts such as first-class hotels, quality restaurants and good infrastructure, it is the spectacular scenery that gives this area its country charm. Considered a leading tourism destination in Mogale City, the Cradle of Humankind World Heritage Site is one of eight World Heritage Sites in South Africa, and the only one in Gauteng, renowned as the place where humankind originated.  Also located in the heart of Mogale City is Muldersdrift, a picturesque rural area situated 27 km North-West of the CBD between Johannesburg and the Magaliesberg mountain range. Located in the Kromdraai Valley and on the Crocodile River, Muldersdrift forms part of the Crocodile Ramble, a scenic tourist route generally regarded as the most popular of all the craft routes around Gauteng. Muldersdrift is the gateway to the West Rand and apart from an abundance of wedding, events and conference venues – it is a tourism haven in its own right.

THE HISTORY OF MOGALE

The young heir to the Po chiefdom of the Batswana gave his name to Mogale City, once the seat of his kingdom. Chief Mogale is believed to have ruled over a kingdom of miners and traders of gold, who had an influence in far-reaching markets. Their cross-border trade was said to extend as far north as Egypt, on the Mediterranean tip of the continent. Po tribal land covered a large, rich area, from the Magaliesberg in the west to Northcliff Ridge in the east; from the Vaal River in the southwest to Hartbeespoort Dam in the northwest. But towards the end of the 1820s, the stability the tribe – one of the first in the region – had known was disrupted by the invasion of Mzilikazi ka Mashobane. A general under the Zulu king Shaka, Mzilikazi and a group of his followers had fled across the Drakensberg and into the Highveld, where they set about establishing their own kingdom. His warriors easily overwhelmed the Po, killed their chief and took the young heir, Mogale was Mogale, captive. In time, Mogale – meaning “the brave one” in Setswana – would play a major role in the history of the area.

The Po had fled and hidden from Mzilikazi’s men, but a party ventured out of their hideout to rescue their young chief. They took Mogale was Mogale to safety south of the Vaal River. But because he had driven out the original inhabitants, Mzilikazi was able to claim a sizeable kingdom for himself, with the Magaliesberg at its center. It was short-lived; by 1830 the Voortrekkers, dissatisfied with life under British administration in the Cape Colony, began to migrate northwards, in search of their own land. It was Mzilikazi’s turn to be driven out of the area, this time by the Voortrekkers under the leader Paul Kruger, who named the area after himself. With Mzilikazi gone, the original residents could return to their ancestral lands. But it was not a peaceful time for the Batswana ba Po. The land had been occupied and was being farmed by the Boers. The Po people, once the rulers, were relegated to menial tasks such as digging irrigation furrows from the river that was also named after their young chief. The earliest recorded use of Chief Mogale was Mogale’s name for the district was in 1841, despite Chief Mogale not holding the power in the area. Today, however, a true son of Africa has had his name rightfully honored in Mogale City – the name of the municipality encompassing Krugersdorp, Azaadville, Munsieville, Kagiso, Tarlton, Hekpoort and surrounds, stretching into the beautiful, ancient Magaliesberg. 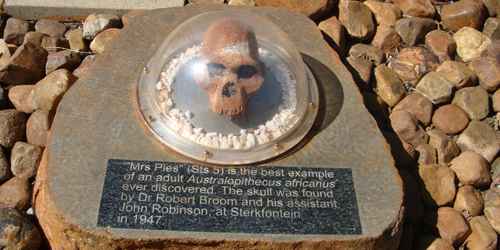 The story of Kagiso township from its creation after the breakup of old communities like Munsieville until the present day.